How to Navigate Transportation in the U.S.

Getting around in the United States is quite a bit different than in many other countries around the world. While large cities across Europe and Asia have expansive public transportation systems, these systems are fairly rare in the United States. If you are planning a trip to the United States, check out the following tips for easily navigating American cities.

In cities like New York, San Francisco, and Washington, D.C., local governments have built extensive public transportation networks, including subway and bus systems that reach into nearly all parts of the city. Smaller towns may have much more limited services, such as a local bus network, or no public transportation options at all. If you plan to get around using public transportation, look into what each city has to offer before departing your home country. Some larger cities like Denver and Portland have growing light rail systems, though they do not yet reach all parts of the city.

This article from FiveThirtyEight can help you quickly find out which cities have high public transportation use by local residents.

The city with the most-used public transportation network is New York City, with bus or subway options to pay-per-ride for $3.00-$5.50 per trip or purchase an unlimited ride pass. A 7-day pass costs $31 and a 30-day pass costs $116.50, according to the current Metropolitan Transit Authority pricing tables. You may have the option to purchase passes online, but should also be provided vending machines for bus passes and Metro Cards, which will be located inside the bus or subway terminal. A simple "Google" search of your destination city and "public transportation system" should provide you with options, routes, schedules, and fares.

The United States also provides transportation by train. Amtrak, a national rail operator, is the sole intercity passenger railroad in the continental U.S, offering 21,000 route miles in more than 46 states and the District of Columbia. You can purchase a one-way ticket or a round-trip ticket either online, over the phone, onboard, at the station, or at a kiosk.

With the rise of the sharing economy, ride services like Uber and Lyft have quickly become preferred methods for getting around by those who don't own or rent cars in the biggest U.S. cities, says the Huffington Post.

However, to get a ride on an Uber or Lyft, you will need a cell phone with data service that works with a United States carrier. Ride sharing services are still controversial, as they are less regulated than traditional cab services, but some people are comforted by the fact that all of their ride information is documented within the apps. Ride sharing regulations are changing frequently, so check to see which services are available before visiting a new city.

Also beware of the infamous "surge pricing." According to tech news site BGR, costs can rise to about ten times the typical rate during "surge pricing," when Uber cars are in high demand — typically due to large events or holidays.

Alternately, you can look to other ride sharing services, such as an airport shuttle, which typically costs $15-$30 for a door-to-door ride in a shared van, according to Lonely Planet. 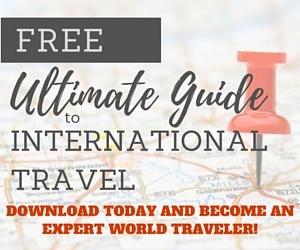 According to the U.S. Department of State, 95% of Americans own a car. Driving is a big part of American culture and is typically the preferred transportation of Americans within their own cities and when traveling around the country.

In the United States, each of the fifty states is responsible for creating its own driving laws. If you live outside of the United States and want to drive on a visit to the U.S., you will need to follow local driving laws and rental car company rules, so be sure to look into the laws of the states you plan to drive in to make sure you qualify before departing your home country.

The general requirements for driving in the United States are fairly simple, however. To drive, you need to be at least 16 years old in most states and hold a valid driver's license in your home country. Additionally, some states will require an International Driving Permit (IDP), so be sure to check the specific requirements in the states you plan to visit.

Most rental car companies require you to be at least 25 years old, though some allow younger renters, typically for an extra fee.

In addition to auto insurance, you may want to consider your health insurance options, as well. Whether you plan to utilize public transit, ride sharing options, or rent your own car, accidents and injuries can happen at any time. In the United States, each individual is responsible for his or her own medical costs, including foreign visitors. Types of Tourist Visas for the US